Starstone Barrows is one of the Expeditions in New World. Expeditions are instanced group activities which take place in closed-off spaces featuring a large amount of powerful enemies and at least one Boss opponent. These activities are designed to be tackled by a group of 3-5 players and each have their own unique storylines, quests and challenges for players to experience. This page features guided information on tackling the Starstone Barrows Expedition, including walkthroughs, boss strategies and tips, as well as information on loot and rewards. 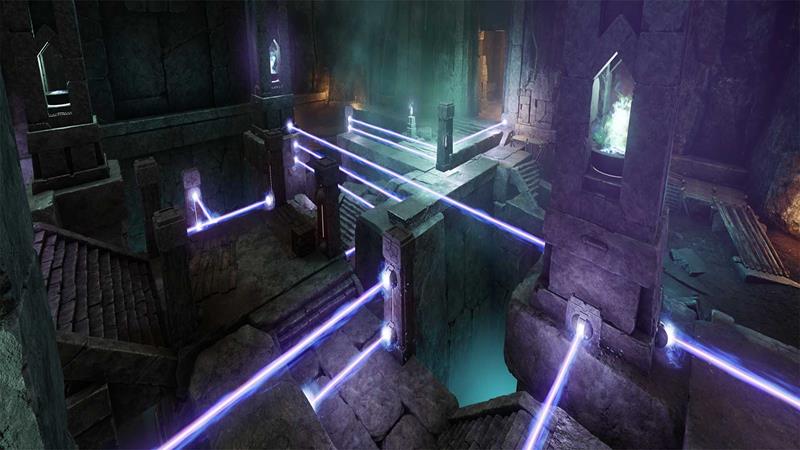 The Starstone Barrows expedition is an extension of the Amrine Temple and Excavation. It is found in Everfall and is meant for level 35 players and above.

Items to bring along:

The Starstone Barrows expedition is predominantly consists of Ancient enemies.

Objective - Explore the halls for a path to the Shattered Obelisk

You begin the Expedition in the Ancient Hall. Head down the hallway and look to your left for some notes on Nakashima's Frustratons. This is the same Nakashima fought as a boss in the Amrine Excavation. When ready, turn right and you should see your first group of enemies. You can set up some traps and slowing effects if you have them before pulling the mobs. Take out the Warrior and the Javelineers first before moving on to the Shieldman. Take note of this priority order as this a common grouping throughout the Expedition. The Warrior and Javelineer are your standard melee and ranged grunts while the Shieldman is the tankier one of the three and is best saved for last when all players can focus it down. Always prioritize ranged units, melee and then tanks.

At the end of the hallway is a room with a staircase leading down and a bunch of Shamblers, Sentries and Archers wandering around at the bottom. There will be 2 other groups along the path as you make your way to the back of this hallway. At the end, turn left into the next hallway for more enemies. This is a fairly linear set of paths with generously spread out groups of enemies. The enemies here are all largely the same, with different names and weapons. Prioritize the ranged enemies and focus down or group up and AoE the melee mobs. Be smart with your pulls and don't engage more than one group of enemies at a time if you are below the recommended level for the Expedition.

In the next section is a bridge to a large stone door guarded by Centimas, an Elite mob wielding dual swords. He will be accompanied by a Javelineer and a Shieldman. Burst down the Javelineer and then ignore the Shieldman until Centimas is killed. Centimas is a mostly tank and spank affair but take note that he will spawn at level 36, which can be difficult for lower level teams. Make sure he is taunted as his attacks pack quite a punch. Lastly, Centimas will spawn with one Elite mod such as Frost Aura, which can add a layer of challenge to the fight. Once he's dead, have a player with an Azoth Staff unseal the door.

Behind the door is a large chamber with steps leading up. There is a group of enemies up here consisting of a Reaver, a Sentry, a Javelineer and three Shamblers. To the right is a small room with an Iron Vein and a lore book. To the left is your destination. You will encounter your first set of Laser Beams which you will need to crawl under to exit the Sealed Chamber. This is a preview of the mechanic in the next area. Past the beams is the first checkpoint for respawning. Check the right side of the Checkpoint for an Expedition Chest with loot and supplies. Past the Checkpoint is a pair of Warriors and a pair of Shamblers. Defeat them and continue down the hallway and then dash or roll past the single-row Laser Beam moving up and down. Defeat the Soldier and Shambler duo and turn right into the Forbidden Passage.

New Objective: Navigate through the Forbidden Passage. Gain Arcane Protection to pass through the barriers.

This area is chock full of laser beams that will kill you instantly if you get caught in them. This section requires some light puzzle/platforming elements. There are a couple ways to navigate this area but for the easiest path, take the ramp going down to the right. There's an Iron Vein you can mine here. Do not go through the beams, there's no way to get through them. Instead, get up the ledge attached to the pillar on the left and hug the pillar as you go around its corner. From here, you can jump the gap down to the ledge below. Do not go on the main path from here, you will get fried. Instead, turn right on the ledge you're dropped on and follow it under and across the beams, climb up the ledges and you should be on the other side. Take the path along this wall and dash or roll past the moving beam.

You should see a wooden walkway turning the corner. Follow it along and jump the gap. On the other side, you'd have reached your destination which is the main door. You can see another checkpoint through it but the beams will prevent you from heading in. Instead, continue along the path left of the doorway and jump a second gap. Defeat the Shamblers in the area and take the wooden ramp heading up. Jump across the gap and you should be in the area with a Monolith and a pool of purple liquid in front of it. Have one member of your team inspect the monolith to acquire the Arcane Protection. This mechanic will allow the player to pass through the laser beams. Moreover, standing in the path of the beams with the protection will create a gap in the beams, allowing the rest of your team to pass through safely. Get past the beams behind the monolith to end up back in front of the doorway. Block the beams from the doorway, let your team pass through and then head for the Checkpoint. Take note that this mechanic will occur several times throughout this Expedition.

Halls of the Crypt

Closing Notes, Rewards and other info