The Depths is one of the Expeditions in New World. Expeditions are instanced group activities which take place in closed-off spaces featuring a large amount of powerful enemies and at least one Boss opponent. These activities are designed to be tackled by a group of 3-5 players and each have their own unique storylines, quests and challenges for players to experience. This page features guided information on tackling the The Depths Expedition, including walkthroughs, boss strategies and tips, as well as information on loot and rewards. 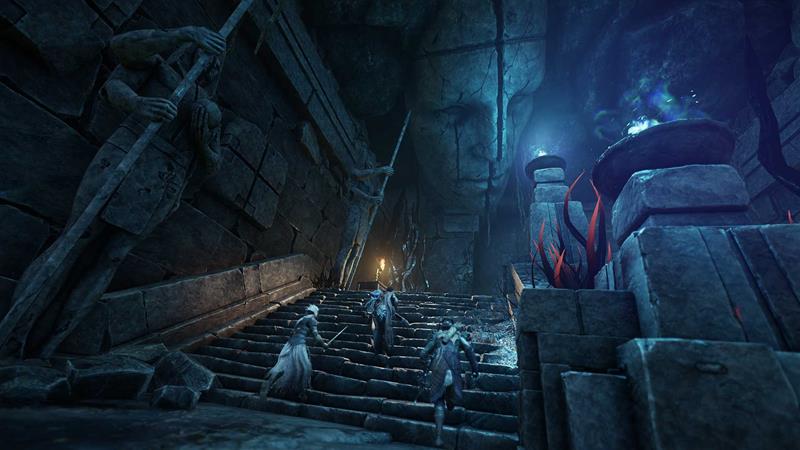 Commander Thorpe returns! His Corrupted army has made the ancient ruins below a storm tower on the peninsula of the Restless Shores their base of operation. He now styles himself the Master of the Tempest, the King of Corruption. From this base, he terrorizes the countryside. Can you thwart his plans?

Items to bring along:

A servant of Thorpe and leader of his armies, Azamela is a fanatical adherent of the twisted corrupted doctrine and a conduit for its destructive energies.

Having further embraced corruption, Thorpe’s attacks and abilities have significantly grown, making him a powerful agent of corruption and a deadly threat to Aeternum that must be stopped.

Closing Notes, Rewards and other info