Arenas in New World is a 3v3 Player-versus-Player (PvP) Game Mode that was added to the game. It is a small-scale PvP mode where teams of 3 can face off in an enclosed arena. It is a best of 5 rounds, and the first team to secure 3 rounds wins the match. Each round is only 2 minutes long. If the battle continues for longer, a ring of fire will start closing in, pushing the players to the center of the arena and forcing them to engage aggressively on enemy players. Incoming healing will also become less effective as the battle drags out.

Players will need to reach level 20 and above to queue for 3v3 Arenas. To wait for a match, players can open the Modes menu and select 3v3 Arenas.

In 3v3 Arenas, exceptional teamwork is required to beat the opposing team. The enclosed arena can help players improve their combat skills. Players can unlock this game mode at level 20 and pairs them with players around the same level. This makes this mode a perfect training ground for other PvP modes such as Outpost Rush and War that have far higher level requirements. Having the small-scale arena gives neither melee nor ranged playstyles an advantage in combat.

The arena ties into the lore of Aeternum, as corruption looms outside the arena, while players will get to fight around pillars with hazards and other distractions within the area. The pillars are positioned in a placement to better block the initial lines of sight of the players. They can take advantage of these pillars and use them as cover or use it to kite around the aggressor. 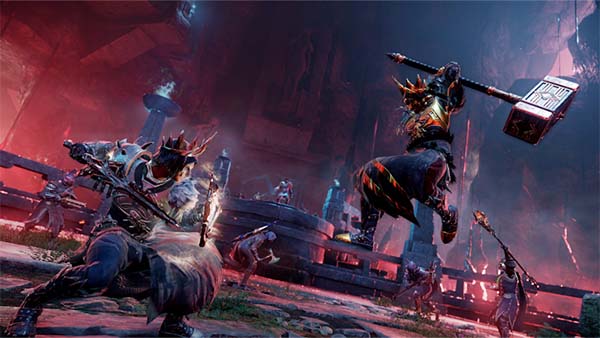