Corrupted Breaches in New World are a gameplay mechanic tied to Territorial Control. Corrupted Breaches serve as solo and group activities that players can tackle to rid Aeternum of the Corrupted's influence. Breaches award players with experience points and loot upon completion. Additionally, closing breaches is a great way to gain standing with the controlling Faction, providing a variety of benefits to player activity within. This page covers information on Corrupted Breaches and all the mechanics involved.

Corrupted Breaches are world events that occur regularly in Territories after they've become steeped in dark energies for extended period. These world events become available to players after they obtain the Corruption's Bane Artifact.

Over the course of their time on Aeternum, players will encounter and have frequent skirmishes with the Corrupted, a collective group of supernatural creatures and monsters that seek to claim the island and its territories for their own, much like the Factions. The main difference between the two is that while the Factions seek to make discoveries and settle the various territories of Aeternum, the Corrupted seek only to dominate and taint the land with their vile presence. 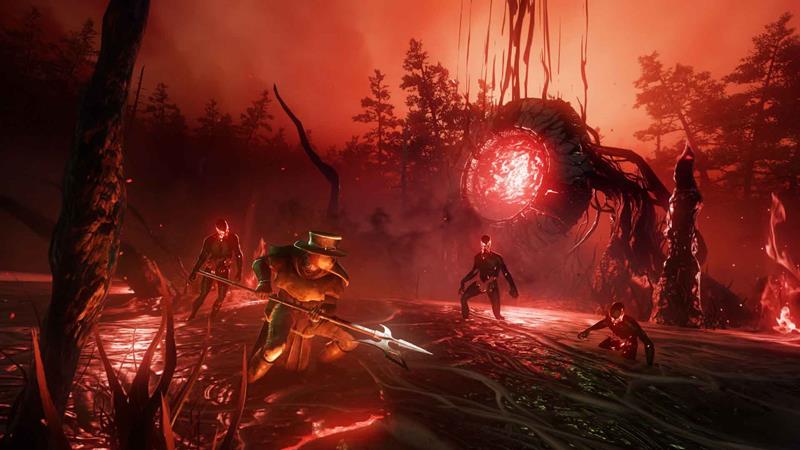 As you establish your Settlements and build up your influence within Aeternum, the Corrupted take notice and will begin incursions into your Territories by ripping open the very earth and flooding the land with Corrupted creatures and structures, making traveling and gathering resources more difficult the longer these breaches go unchecked. While taking on Corrupted Breaches, players are tasked with defeating waves of enemies that emerge from the portals, including the powerful Corrupted Acolyte guarding the breach. Players must then close the breach by using the Corruption's Bane Artifact, which is an Azoth-infused staff that repels corruption.

However, the Corrupted are a relentless enemy and will not stop until you are wiped from the face of Aeternum. The stronger you become, the more the Corrupted will seek to destroy you. Building up your Settlements and influence will cause the Corrupted to take bigger, bolder measures to impede your progress. Over time, Corrupted Breaches will take on new forms, throwing bigger challenges your way.

Before being able to take on Corrupted Breaches, players will need to complete the Forging Corruption's Bane quest as well as the series of quests leading up to it. Players will come upon this quest chain naturally as they progress through the later stages of their adventure in Aeternum. Corrupted Breaches come in varying degrees of size, difficulty and types of enemy defenders. They are also split into Solo and Group breaches with varying types. Each type of breach has a specific objective to complete but the general flow is similar across types. Players will need to defeat waves of enemies and close the breach by using the Corruption's Bane.

The types of breaches and their objectives are as follows: 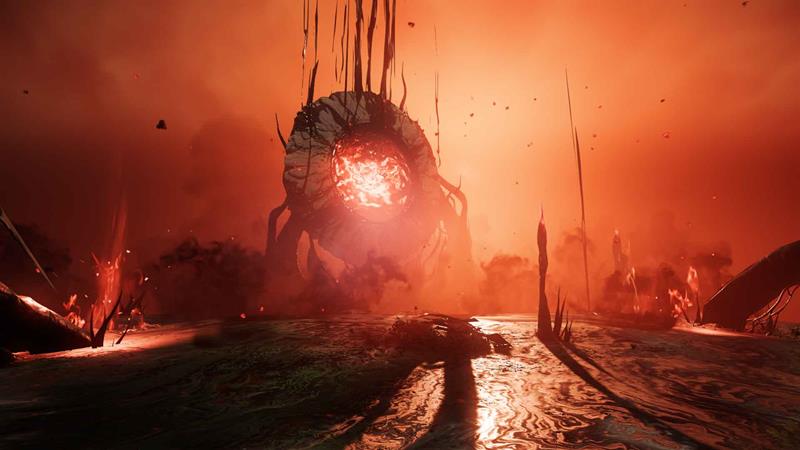 Corrupted Acolytes are opening a portal to bring forces of their army into the territory. Corrupted Portals consist of multiple waves of enemies. The final wave will face players off with a powerful Corrupted boss. After defeating the boss, the portal can be closed with the Corruption's Bane. 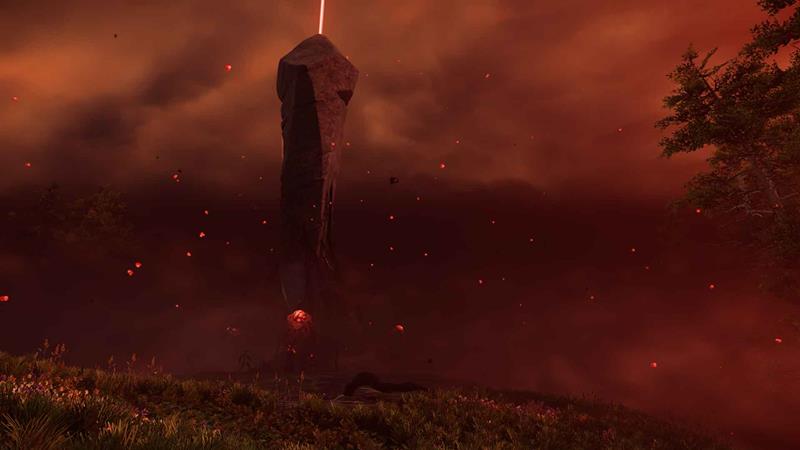 A group of Corrupted Zealots have unearthed a towering, ancient monolith, empowering it to spread Corruption throughout the land. The main objective for the Corrupted Monolith is to break the carapace at the bottom of the structure. Corrupted forces will continually spawn until the monolith is destroyed. Once the carapace has been broken, the Corruption's Bane can be used to complete the event. 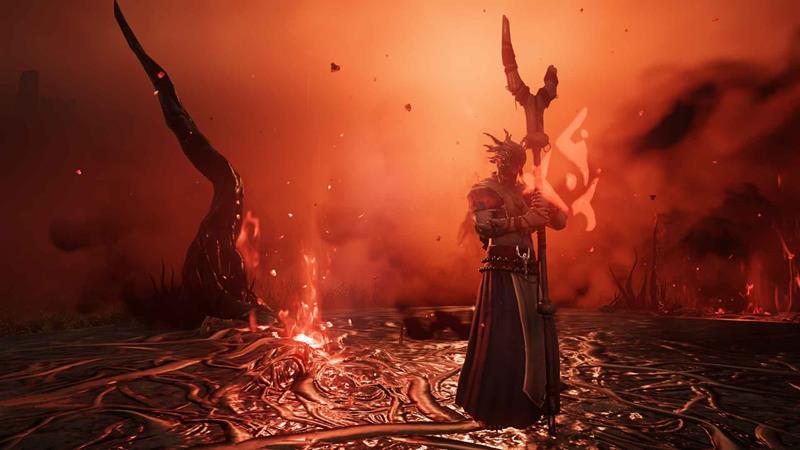 Corrupted Azoth has pooled under the earth, splitting the ground and giving rise to a twisted corrupted monstrosity. Escaping it’s tendrils will be a perilous endeavor. There will be several of these tendrils surrounding the breach with a central tentacle that must be destroyed to reveal the source of the Corruption. Beware of the devastating attacks from the tendrils, focus down the tentacle and then use the Corruption's Bane at the source to complete the objective. 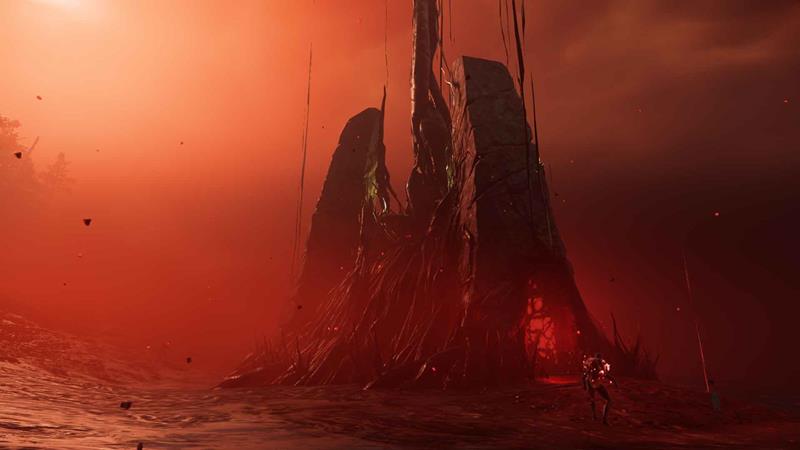 A towering hive, formed from Corruption, has sprouted; birthing and empowering the corrupted beings that reside within it’s walls. Players need to destroy the veil on each of the hive's walls. Once complete, players can enter the hive and face off against the Hive Corrupted Boss. Upon its defeat, the hive's breach point can be closed with the Corruption's Bane. 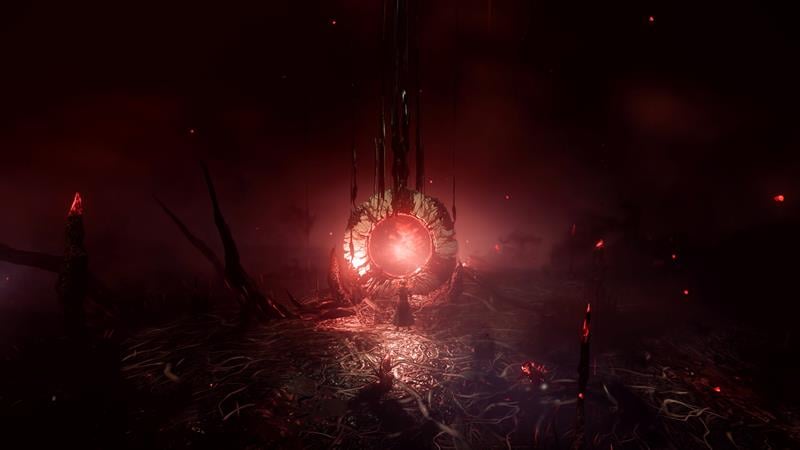 The group variant of the Corrupted Portal works fundamentally the same way the solo variant does, the key difference being the larger, more numerous enemy forces and amount of waves. Group up with your comrades and fight off the waves until the boss spawns and then close the portal with the Corruption's Bane.

The group variant of the Corrupted Monolith works similarly to the solo version with an extra layer of difficulty added. This version of the Monolith is accompanied by three Pylons, each of which count as a Corruption's Bane objective. Once all three have been closed, the central Monolith's carapace can then be destroyed, revealing the final Corruption node that players can close. Enemies will continually spawn throughout the event. Stronger groups can tackle this event with one player on each Pylon in order to speed up completion. Otherwise, it is recommended to tackle each pylon one by one with the full strength of the group.

Rewards to be added soon.